Once upon a time, there was a girl who wanted to grow up and get married and have babies. So she waited until she was old enough and found a really cool guy who she loved a lot, and when they were ready, the girl-who-was-now-a-woman got pregnant.

While she was pregnant, she heard a snippet of song* on the radio that she absolutely fell in love with. So she learned that snippet of song and tucked it away in her memory to sing for her soon to be born child.

When the child was born she was perfect in every way. (And she still is. That never changes.) She was also plagued with colic.

And the whole time she sang, over and over, the snippet of song.

At times the mom-who-really-missed-sleeping pondered the old saying that you should be careful what you wish for. But when she gazed down into the star sprinkled universe in her daughter’s eyes, the mom-who-couldn’t-imagine-a-life-without-this-child-in-it realized that the old sayings got it wrong sometimes.

Several years later, the mom and the dad decided they wanted another child and in 9 months, when he was born, their son was perfect in every way. (And he still is. That never changes.) Also, wonder of wonders, he didn’t have colic!

But even though he didn’t need to be walked and bounced and jiggled and rocked, the woman-who-now-had-two-children gazed down into the star sprinkled universe in his eyes and wrapped him in a blanket, snuggled him close, and sang, over and over, the snippet of song.

When her children grew up, the woman still whistled the tune while she worked, but she didn’t sing the snippet of song anymore.

The mom-who-was-now-a-grandma, gazed down into the star sprinkled universe in her granddaughter’s eyes, wrapped her in a blanket, snuggled her close, and started singing again.

Over and over, the same snippet of song.

And when her dying father asked for someone to sing him a bedtime song, the grandma-who-was-still-his-little-girl, tears falling from her eyes like stars dropping from the universe, wrapped her arms around him, snuggled him close, and sang the snippet of song over and over.

So now, the girl-woman-mom-grandma-who-now-has-two-grandchildren is going to start wrapping her arms around any of her loved ones who will put up with it, snuggle them close, and sing the snippet of song.

Because she’s learned it really isn’t about being careful what you wish for.

It’s about loving every glorious, frustrating, beautiful, complicated, perfect gift reality has given you.

*This love song to my family comes from an old folk song, Down In the Valley, that I heard sung by The Judd’s on Oregon Public Radio in the early 80’s. 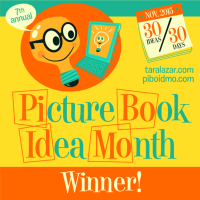